His Majesty, Moshiach: Do We need another King in the Middle East?

Written by Rabbi Hershel Greenberg Posted in Frequently Asked Questions, Who will be Moshiach? 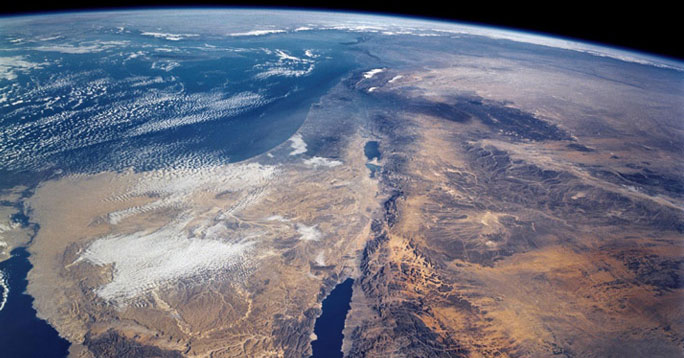 Monarchy was the most common form of government until the 19th century, but it is no longer prevalent. Where it exists, it is now usually a constitutional monarchy. But Moshiach is often described as a supreme leader. Why go back to a failed system?

In Judaism the idea of a monarch is totally different from its secular counterpart. But before getting to that, let's discuss why democracy is not sufficient to reach perfection.

Recent history has demonstrated that no system of government is perfect. It's just that we do not have anything better. G-d has promised us, however, that the monarchy of Moshiach will have all the benefits of a monarchy without any of its potential for abuse. People now embrace a democracy only because they cannot formulate a superior system.

If we were to search for a form of government superior to a democracy or a republic, we would have to fantasize the following form of government: One in which every person's needs are taken care of; where people are not punished, because they have no desire to violate the laws; they have all they want; where there is no scintilla of corruption. The one catch is that occasionally, the leader will "order" the people to do something which they know, ahead of time, is in their best interests, although they might not comprehend that at the time.

In fact, such a system exists even now within certain segments of society. Let's cite one example parenting. When a parent shows concern, warmth, love and devotion to his children, even when he tells the child to do something that the child does not want to do, he will nevertheless comply. The child knows that the parent is telling him to do that particular thing, not for the parent's self-interest, but out of love and concern for him.

This is the type of government that Moshiach will run, one in which everyone will genuinely feel that Moshiach acts only in the best interests of all of the people.1

Moshiach, as all true Jewish leaders of the past, is more than a role model. Moshiach is the "head" of all the Jews. His soul serves the same role in relation to all of the Jews, as does the head in relation to the rest of the body.2 When the brain sends a signal to the arm that it be raised, one would not say that the arm was forced into doing something against its will.

On the contrary, when the arm does something contrary to the will of the brain, we would say that there is a serious deficiency preventing the arm from connecting to the brain. A healthy limb does precisely as it has been told by the brain, and that is its true will.

Similarly, Moshiach will coordinate the people so that they do what they really want to do. Even today, the "head" of the generation provides energy to all, although it may not be felt. Today we are like limbs which do not always function in consonance with the dictates of the brain. With Moshiach's full revelation, we will all act in harmony with our true desires.

But doesn't monarchy deprive us of freedom?

Let us analyze what kind of freedom we have today. We live in a world where we assimilate only a fraction of what the brain is capable. By definition, then, we do not have free choice, since our choices are severely limited.

On the other hand, to extend every choice to all would render choice impossibly complex. In short, the limited options we have, while facilitating choice, do not provide free choice. When Moshiach ushers in the Messianic Age, we will be exposed to dimensions of existence, spiritual and G-dly awareness, which will broaden our horizons and give us infinitely more choices. Armed with this newly acquired knowledge, our choices will be so different.

Moshiach, then, should be viewed, among other things, as the leader who will introduce us to a wider array of options, and as a result, enable us to make more informed and sophisticated choices. What we have today is hardly freedom, since most of life's experiences as well as the realization of truth is withheld from us.

With the Geulah ushered in by Moshiach, we will have infinitely more choices. The few limitations imposed on us by the Torah and Moshiach, who will be our authority in matters of Jewish law and behavior, will make it possible for us to have all those new choices that we were deprived of before Moshiach.

Moshiach is not a despot, a dictatorial and authoritarian monarch who cares only for his own glory and who can satisfy any whim or desire. A king, as much as, and even more than anyone else must conform to the Torah. A king must carry a Sefer Torah with him at all times. A king has more restrictions than a commoner does, in terms of his possessions3 In addition, a king must be the most humble person in his kingdom. Only the monarch had to prostrate himself throughout the entire Amidah.4

If in the past, there were Jewish kings who behaved differently, it was because they did not live up to the requirements of a true Jewish monarch. They violated the Torah's dictates. However, the promise of Moshiach is that he will be what a monarch is supposed to be. Moshiach will live at a time when most of the evil will have already been removed from the world; the world will have been refined, except for vestigial traces of evil, which Moshiach will eliminate.